At this panic situation where the world is facing the COVID-19 virus where people need to support Doctors, paramedical staff and healthcare personnel. At this precious time, medical staff is harassed by misbehaviour by their landlords.

Chief Minister Arvind Kejriwal has warned house-owners of strict action if they force medical staff to vacate their premises under the notion that they may have got affected while treating Covid-19 patients.

The government of Delhi released an order directing strict action against landlords forcing doctors for eviction under the relevant provisions of law and submit a daily action taken report to the office of Additional Chief Secretary, Home, of the Government of NCT of Delhi.

The government stated that such behaviour amounts to obstructing public servants in discharging their duties.

The Government has also directed concerned departments to ensure proper transport arrangements for the health care providers from their residence to hospitals. 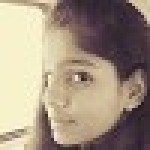