LGBT Rights: The Journey Till Now

The reference of homosexuality finds in pre-colonial societies in India. In the Manusmriti, Lesbianism was treated as serious offence and for it more serious punishment was there. In Islamic period, the Muslim Shariat law treats homosexual conduct as a serious offence. Therefore in different religion different punishments were provided to homosexual offences in India. Under the Indian Penal Code uniform prescription of homosexual behavior in the form of unnatural offences its nature and punishment has been prescribed. 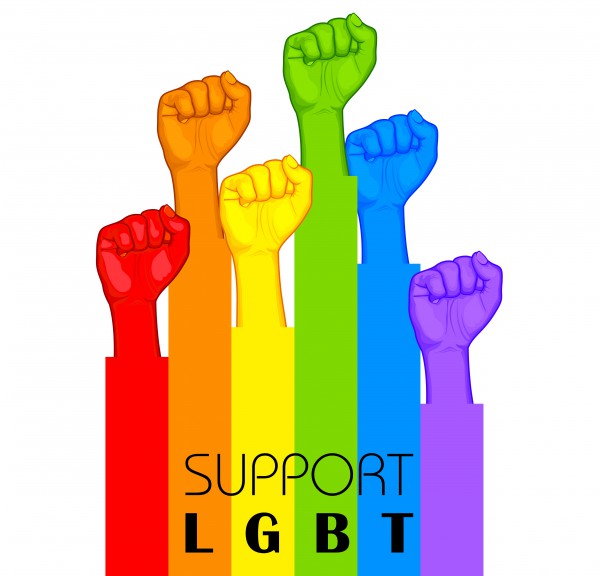 Before 19th century these issues were only limited to the society but in 19th century the rights of LGBT minorities raised their issues relating to violation of their human rights. These serious issues came forward by various civil society organizations in India. It is only in the final decade of the 20th century that the gay/ lesbian/ bisexual/ transgender movement brought to the fore the rights of those discriminated against because of their sexuality. Sexuality is sometimes viewed even in liberal and radical circles as a frivolous, bourgeois issue.
Sexual orientation is the term used to describe patterns of emotional, romantic, and sexual attraction and sense of personal and social identity based on those attractions.
Sexual orientation exists with exclusive attraction to the opposite or the same sex. When a person’s sexual and emotional attraction to people of the same gender is called homosexual orientation if attraction is towards opposite sex it is called heterosexual orientation and if the attraction is towards both genders it is called bisexual orientation.
Generally, issues of poverty and gender, class and caste oppression are seen as more important than that of sexuality. But this ignores the fact that sexuality is integrally linked to ideologies and structures of social oppression such as patriarchy, capitalism, the caste system and religious fundamentalism. Hence, the struggle for sexual rights cannot be separated from the broader human rights struggle.
Human rights and fundamental rights are applicable to all persons but state has failed to create special legislation which protects rights of LGBT minority community and to provide real justice to them. They are also human beings and such treatment should be provided by the state to these people. In many instances LGBT individuals are not legally protected from abusive and discriminatory actions.
Following are recommendations:
These communities generally celebrate pride, diversity, individuality, and sexuality. Homosexuality is a feeling or desire involving sexual attraction to people of one’s own sex. Although homosexuality has a long history in India, the gay movement is relatively nascent. Until recently, most homosexuals in India did not have many social and cultural avenues to express their sexuality. This is changing now, thanks to greater awareness and education. Many men of homosexual orientation are choosing to identify themselves as ‘gay’ and embracing a lifestyle that resists marriage and other conventions of an otherwise heterosexual society. The new understanding was based on studies that documented a high prevalence of same-sex feelings and behavior in men and women, its prevalence across cultures and among almost all non-human primate species. Homosexuality has an ancient history in India. Ancient scriptures like Rig-Veda which dates back around 1500 B.C. and sculptures and vestiges depict sexual acts between women as revelations of a feminine world where sexuality was based on pleasure and fertility. Homosexuality is generally considered a taboo subject by both Indian civil society and the government. In recent years, however, attitudes towards homosexuality have shifted slightly.
In particular, there have been more depictions and discussion of homosexuality in the Indian news media and by Bollywood.
Scope of the Section 377 of IPC is Ambiguous. Under section 377 of IPC scope of unnatural offences is ambiguous because there is no clear distinction between consenting and coercive sex, against the order of nature etc. On 2 July, 2009, Delhi High Court, decriminalized homosexual intercourse between consenting adults and judged section 377 of ‘the Indian Penal code to be conflicting with the fundamental rights guaranteed by the Constitution of India.
On Tuesday, February 2, 2013, the Supreme Court decided to refer the challenge against Section 377 of the IPC to a five-judge bench, saying it will have a fresh look into the issue.
The Court said several “Constitutional dimensions of importance” are ingrained in the challenge against Section 377, which criminalises homosexuality.
The Apex Court is yet to to take a final call due on 17 July, 2018 on whether Section 377 of the Indian Penal Code (IPC), which criminalises consensual sexual acts of Lesbian, Gay, Bi-sexual and Transgender (LGBT) adults in private, amounts to denial of their rights to privacy and dignity and results in gross miscarriage of justice.
CREDITS:
Written by-  Tanvi Mathur
SS Jain Subodh Law College