Psychoactive drugs like alcohol, stimulants nicotine and caffeine are chemical substances that, alters perception, mood or consciousness of a person. These three psychoactive drugs are worldwide consumed and are considered recreational drugs since they are used for pleasure rather than medicinal purposes. Other recreational drugs include hallucinogens, opiates and amphetamine and some are also used in spiritual or religious settings. They can cause addiction and have side effects. Many recreational drugs are illicit and international treaties such as the Single Convention on Narcotic Drugs exist for the purpose of their prohibition. 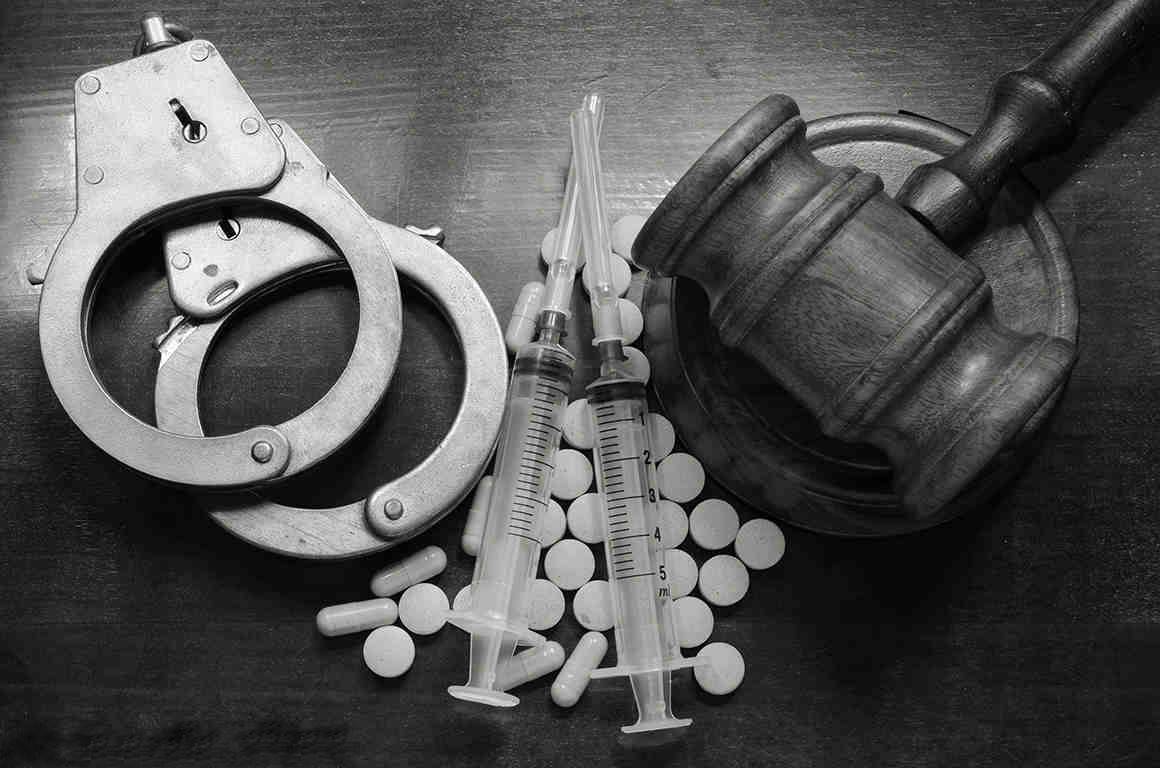 In both the federal and state criminal justice systems, most of the cases stem from charges of possession, manufacturing, or trafficking of controlled substances.

When a federal or state government classifies a certain substance as “controlled,” it means that the use and distribution of the substance is governed by law. Controlled substances are often classified at different levels or “schedules” under federal and state statutes. For example, under the federal Controlled Substances Act, marijuana is listed as a “Schedule I controlled substance,” cocaine is listed under Schedule II, anabolic steroids under Schedule III, and so on. The list includes a number of medications that are fairly common- you’ll find cough medicine containing low levels of codeine classified under Schedule V.

There is a longstanding federal strategy in place to combat the abuse and distribution of controlled substances, each state also has its own set of drug laws.

Difference between federal and state drug laws are :

While the majority of federal drug convictions are obtained for trafficking, the majority of local and state arrests are made on charges of possession. Out of these state and local arrests, over half are for the possession of marijuana.
Federal drug charges generally carry harsher punishments and longer sentences. State arrests for simple possession tend to be charged as misdemeanors and usually involve probation, a short term in a local jail, or a fine- depending on the criminal history and age of the person being charged.

Drug laws and drug crimes has drawn lots of attention in the past decade. Every state and federal level prohibit the possession, manufacture, and sale of marijuana, methamphetamine, ecstasy, cocaine, and heroin. The controlled substances are the focus of so much attention from legislators and law enforcers.

The legality of a drug depends on how it is being used – or what it is being used for. For example, amphetamines are used to treat attention deficit disorder, barbiturates help treat anxiety, and marijuana can help alleviate cancer-induced nausea. So, for decades, lawmakers have stepped in to regulate the use, abuse, manufacture, and sale of illegal drugs because unprescribed and unsupervised use of these substances is a danger to individuals and to society in general.

The most common defense to a drug possession charges – is a claim that a police officer overstepped search and seizure laws in detaining a person and obtaining evidence. If a defendant in a criminal case proves that the police violated the defendant’s Fourth Amendment rights in finding and seizing drug evidence, that evidence may not be admissible in a criminal case against the defendant.
Anyone who contravenes the NDPS Act will face punishment based on the quantity of the banned substance. If a person is in possession of :

Significant Aspects of the NDPS Act

1. Quantity Based Sentencing- under the NDPS Act, sentencing of punishment is based on the substance and its quantity found (the weight of the product will be given prime consideration instead of the pure drug content of the product).
2. Death Penalty- the harshness of the NDPS Act is very clear and death penalty has been included as a form of punishment under the Act. Courts can award death sentence in the case of certain repeated offense (such as manufacture, production, import, export, possession, and transportation) involving large quantities of drugs. The death penalty was made discretionary as per 2014 amendment and alternative punishment of 30 years of imprisonment was introduced.
3. Treatment for Drug Dependence- the NDPS Act supports treatment for people who use drugs both as an ‘alternative’ to, and independent of criminal measures. The treatment aspects under the NDPS Act has some distinct features-

Under federal and state drug laws, the government can charge a person for playing a part in the cultivation or manufacture of a controlled substance (cannabis seeds, marijuana plants, etc). A person can be charged for producing or creating illegal controlled substances through chemical processes or in a laboratory (LSD, cocaine, methamphetamine, etc).
Possession
Arrests made under local drug laws – involves possession of a controlled substance. Generally, for a possession conviction, the government (in form of a district attorney) must prove that the accused person knowingly and intentionally possessed a controlled substance without a valid prescription, in a quantity sufficient for personal use or sale.
A possession charge can be based on “constructive” possession of a controlled substance. Constructive possession means that even if the defendant doesn’t actually have the drugs on their person, a possession charge is still possible if the defendant had access to and control over the place where the drugs were found. For DUI/DWI laws, the government does not have to actually prove that someone is using a controlled substance in order to charge them with possession. The theory of constructive possession is often used when illegal drugs are found in a car during a traffic stop.
It is illegal to possess paraphernalia associated with drug use, such as syringes, cocaine pipes, scales, etc.
Drug charges often start with possession, but then overlap with other offences. For example, if the police find amount of marijuana plants in Rohit’s storage room in large enough quantity then he can face distribution, trafficking, or manufacturing charges.
Charges for simple possession are often less serious than charges for possession with an intent to distribute.

Some reported cases of Drug Addiction are :

According to the Ministry of Social Justice and Empowerment, 46,410 cases of drug abuse (figures based on recent study by AIIMS) by street children were reported in Delhi last year. The cases of consumption of drug substances during the year were-heroin (840), opium (420), and sedatives (210).
The NGO ‘Save the Children’ stated that in 2011 out of about 50,923 children living on the streets of Delhi 46,411 children were addicted to drugs.
It is never to late to go to rehabilitation centre for the treatment of a patient addicted to drug. The sooner the better and faster is the treatment of such patients. The caretakers of the patient must see that the person should not enter into drug addiction again.
CREDITS:
Written by- Pallavi Nayyar
Amity Law School, Noida